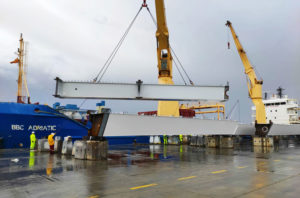 With this last shipment, an important part of the assignment entrusted to TECADE is completed, which will allow access and circulation of the tram over the Hisingsbron bridge

Yesterday the shipping operations of the last box girders for the railway viaduct (KTB) manufactured by TECADE for the Hisingsbron bridge in Sweden finished.The load depart by sea from the Port of Seville to the city of Gothenburg and  consists of 20 modules of 30 meters in length and 530 tn of weight in total.
This last shipment completes an important part of the assignment entrusted to TECADE within the Hisingsbron project, currently under development by the companies Skanska and MT Hojgaard.

The project is part of the 400th anniversary of the city of Gothenburg to be celebrated in 2021 and consists of replacing the old Göta Älv drawbridge with a newly built structure that will link the two shores of the river.

The tram access viaduct (KTB) is a structure made up of 38 metal modules and their corresponding support columns that, once assembled and coupled at destination, will give life to the viaduct with a total length of 464 meters and an approximate weight of 1,100 tons. Once installed, it will be one of the most relevant elements of the Hisingsbron bridge which will allow access and circulation of the tram.

Parallel to the viaduct, other routes for vehicles and bicycles will also be enabled, since the Hisingsbron bridge will be wide enough to accommodate different types of traffic.

So far TECADE has completed the manufacture and shipment to Gothenburg of both the box girders of the viaduct and the pier caps on which these are assembled.
The remaining elements of the order, such as the lifting span and the metal columns that support it, where the lifting mechanisms and their counterweights are located, are currently in the manufacturing process in the TECADE workshops in Seville and Los Molares. 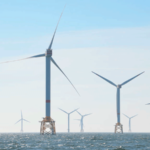 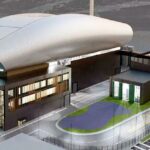 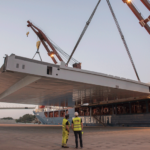 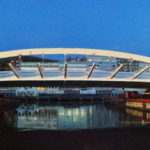 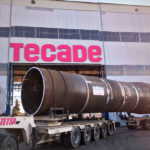